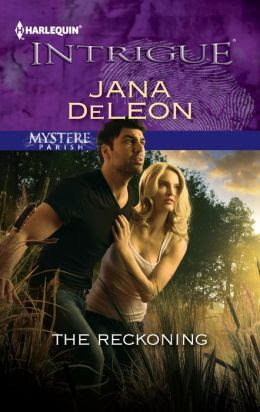 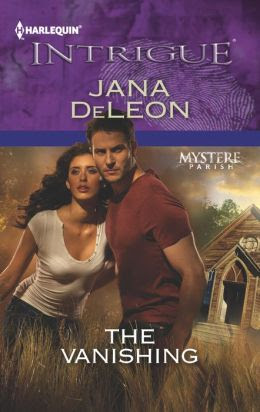 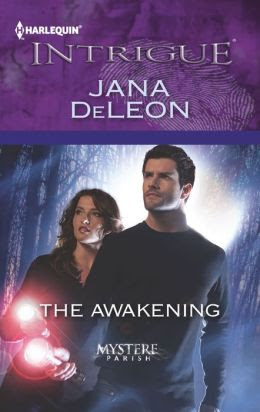 Back of the Book Blurbs:
The Reckoning (Harlequin Intrigue Series #1380):

In a tiny bayou town with far too many wicked secrets, the sudden disappearance of a six-year-old girl is a mystery Sheriff Holt Chamberlain is determined to solve. But teaming up with Alexandria Bastin is a complication he didn't expect. Nor is he prepared to collide with the dark side of Cajun culture—and his own troubled past.
The frantic search leads them to a place said to hold magic, an eerie island where Alex is also working her charm on him. At one time, he'd been forced to leave her brokenhearted. And now , dangerously close to the truth, he'll do anything to protect her from the evil that surrounds them—an evil that might hold the key to sending a little girl home.…


The Vanishing (Harlequin Intrigue Series #1386):
Certain death awaits any outsider who enters Cache, a mythical city said to disappear when intruders threaten. But P.I. Max Duhon won't let the Cajun superstition stop him from going there. He'll do anything to help sexy Colette Guidry and close this missing person's case, even admit how attracted he is to his client. But as their investigation deepens, Max finds himself protecting Colette from the inexplicable terrors of the bayou. This includes the specter taunting them with voodoo…and a shotgun. It seems they may have come too close to Cache and its eerie secrets—and dangerously close to each other.

Something is out there… watching…, and waiting.It could be a mythical creature wreaking havoc on a Mystere hotel…or a malicious vandal. It's detective Tanner LeDoux's first case and—much to his chagrin—the hotel belongs to Josie Bettencourt, once the most popular girl in town and his unrequited love. A woman who now doesn't even recognize him.  Josie's poor memory is Tanner's luck, however. He has a chance to be the strong, sexy hero who protects her and her hotel from mounting danger. Tanner's no believer in the old ways, but one stormy night, he sees something horrific he can't explain. And he knows, without a doubt, whatever lurks in Honey Island Swamp means to keep Josie from him forever!

These 3 books are a new series by Jana Deleon, released by Harlequin Intrigue over the last several weeks. They feature the citizens of the creepy Mystere Parish in the steamy bayous of Louisiana.  Jana Deleon is one of my favorite authors, and her new series has all the hallmarks of her style - a solid mystery, a little danger, and a believable romance, all set in Mystere Parish, a place of dark secrets, magical legends, and strange happenings. Each of the books is the story of one of three brothers, all fathered by the same wealthy man who was murdered twenty years ago.  They were close as boys, and as grown men they have maintained a relationship.  In the first book the eldest, Holt, reconnects with his high school love Alex, and after rescuing her kidnapped niece and reconnecting, they decide to start a private investigation agency for people with nowhere else to go.  The 2nd and 3rd books are the stories of  Max and Tanner, as both of those brothers come to work for Holt, are sent on a case, meet a woman they fall in love with, and solve the mystery. Running through all 3 books is a uniting thread of the twenty year old murder of their father, and the new clues being uncovered in each of their cases.  There is a lot more going on in Mystere Parish than is evident on the surface and I hope Deleon continues the series because I loved all of them!

This review is brief because all 3 are solid, highly enjoyable mystery-romances and excellent additions to the Harlequin Intrigue line.  Jana Deleon is great at blending mystery, romance, and a touch of the paranormal.  Her stories have well-developed characters with complicated histories.  Her settings are like an additional character, because they are so vivid and real.  When I read her books I feel like I can see, smell and hear the sounds of the swamps and the small towns. And her heroines are smart, brave and capable - a nice match to the rugged, handsome and stand-up guys of her books.

Jana Deleon also writes humorous romances, most of which I've reviewed here, and all of which I've loved.  You need to check her out!